Dell's customer service is a JOKE

I bought an Asus 14'' laptop last August, and have been pretty happy with it. It has great battery life, and is very lightweight. However, I made a mistake soon after I bought it: I installed Steam. My laptop wasn't made to run most of the games I found myself interested in, and so for the past few months, I've been pining for a gaming laptop. I bought a used Asus G51 on eBay in late May, but that turned out to be a scam, and I returned it (and eBay gave me my money back). In a way, I'm kinda glad things worked out that way, because it was a 15.6'' laptop, and I'm hoping for something a little smaller, but still with a ton of gaming horsepower. Enter the Alienware M14x:

After playing around with the build options on their website, I came close a couple of times, but couldn't quite commit. But then, something wonderful happened: My employers saw fit to give me a bonus. All of a sudden, my pining for the M14x turned into downright bloodlust. I found a deal that saved me almost $300 and got me some good upgrades (8GB of RAM, 900p screen, 3.0GB graphic card), and on June 26th, I pulled the trigger. I ordered a sexy 'Nebula Red' one, and with a sufficiently nerdy laser-engraved nameplate on the bottom: 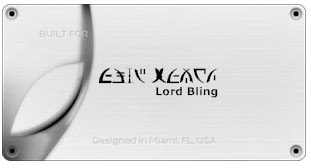 Now all I had to do was wait. I signed up for the Quakecon BYOC and reserved a seat. And I occasionally checked the order status on Dell's website. The estimated delivery date was July 11, just like they'd estimated. Then it became July 20th. Okay, no big deal. Quakecon is August 5th. Then last week, it got delayed again to July 27th. A month after placing the order? Fuck that shit.

On July 15th, I called Dell, and after navigating the voice-activated robot, I got transferred to India. The tech said the delays were due to the M14x being their most popular model right now, but he reassured me twice that there would be no further delays. I asked if there was a specific part that was holding up the build, and if it was something minor, perhaps I could switch it out with something else. He said, 'No, there is no issue with any specific part. There has just been a larger-than-anticipated demand." However, he was assigning a case manager to look into the specifics of the build, and this person would contact me in '24 to 48 hours'. More than 48 hours passed, and I received no callback from anyone.

On July 18th, I called Dell again. I spoke to a different tech who said, "You shouldn't have been told 24 to 48 hours. It's actually 1 to 2 business days. You're on the schedule to receive a call tomorrow." Tomorrow came and went, with no contact. In fact, we're now on 4 business days and still no call (and I verified that they have my correct number).

That same day, I e-mailed their Customer Order Service desk with a detailed complaint (and included my case number and my order number). I threatened that if I don't receive my computer by 7/29, I was going to cancel the order, or ship it back and demand a refund. I've received no reply to my e-mail.

That night, I started checking the Alienware forums on NotebookReview.com. There's a shipping status thread where people compare notes about the build they ordered, the estimated delivery date, and how their overall experience has been. I found two people who ordered theirs two weeks after I did, and they both received them this week. One had a different video card, and the other had the same exact specs, except his was black instead of red. Now I'm really starting to get pissed off.

July 19th: I called Dell again. Spoke to a different tech, who responded to every question I asked with "Just a second," and then there was two or three minutes of silence. Finally, I said, "For my troubles, can you upgrade the shipping to Next Day?" He said, "Just a second," and then dead air for another two minutes, and then, "Yes, I can do that. You'll have Next Business Day shipping." That night, I checked the Order Status page on their site, and it still said "7-day shipping". Uh-oh.

July 20th: I called Dell yet again. Spoke to a different tech, and asked him, "Can you tell me the shipping on my order?" He said, "Yes, it's 7-day." After telling him about my call the day before, he said, "Our shipping tools were down yesterday, so it didn't post. But I'll make the change to the shipping now." Not satisfied, I said, "How long will it take to update on your site?" He said, "4 to 5 hours." To his credit, it updated in about an hour (thank you Sumit!). So, I now have free Next Business Day shipping, if and when they ever decide to ship the thing in the first place.

So, today is July 21st, and here I sit, still staring at an Order Status that says 'In Production.' It's a damn good thing this laptop is getting such good reviews, or I would've cancelled it by now. Granted, there aren't many options for gaming laptops in the 14'' size, but still, it shouldn't take a month to build a freaking laptop. However, I'd gladly wait a month if it meant never speaking to Dell's customer service again.

EDIT -- I saw someone on the forum who said his is shipping tomorrow (7/22). He ordered his a day after mine, so I figured maybe mine will be on the same timeline. I called to ask if I could get Saturday delivery, since I'm traveling next week. After about 15 minutes of back and forth, I was told it was going to be delayed again to an estimated 8/3 delivery. I flipped out and asked for his supervisor. She told me the delay is being caused by an incorrect SKU number for the wireless card, and the order needs to be replaced. They're giving me a 10% discount for my troubles, but if it doesn't show up by 8/3, I won't have it up and running in time for Quakecon, and I will cancel the order.

EDIT #2 -- Just got an e-mail from Dell. It shipped today, and should be at my house tomorrow. That would make it a month and a day from my order date. Not great, but I can live with it. I'll post pics at some point soon.
Posted by Lord Bling at 4:54 PM 2 comments: