Video of the Month -- Cartman at the Water Park

What happened to Video of the Week? Well, I've been busy and haven't kept up with it. Or, replace 'busy' with 'lazy'. Either or.

So I'm making up for it by posting a video so incredible that it makes up for the lack of recent VotWs: Eric Cartman singing 'Minorities (at My Water Park)'...

The rest of the episode wasn't nearly as sharp, but when they unleash Cartman like they did in this episode, it makes up for it.

P.S. For those of you who don't watch a lot of South Park (which I doubt is too many who come here on a regular basis), this clip may look racist when viewed out of context. However, Cartman is meant by the creators of the show to be looked upon as an asshole.
Posted by Lord Bling at 9:20 AM No comments:

Arnold, you were wrong.

Hey everyone. As you can see, I haven't kept up with the site lately. I've had a lot going on, including the removal of a tumor on my back this morning (Arnold was wrong). It was basal cell carcinoma, which I'm told 'if you would have to choose a form of cancer to have, it'd be' this one. Yeah, so there's that. Also been working like crazy. However, I wanted to make sure you all were in the loop on a little game that releases tonight at midnight. 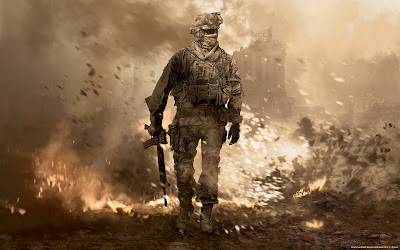 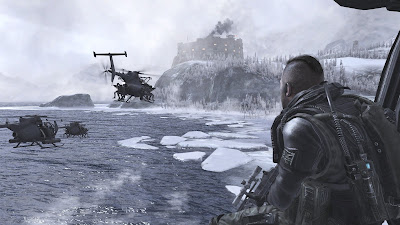 I've already beaten the single-player campaign, and got in a little multiplayer too. My spoiler-free review? It's all that. Oh, and there's a multiplayer perk in it called 'Bling'. Yeah, it's like they made the game just for me. :) If you pick it up on Xbox 360, send me a friend invite (Lord Bling) and we'll throw down on some noobs!

On another note, The Miles is en route to my hood to hang out for a few days, and not just for MW2 but also for the Dethklok / Mastodon / Converge concert on 11/11. Should be fun.

Hope you're all doing well.
Posted by Lord Bling at 4:04 PM No comments: