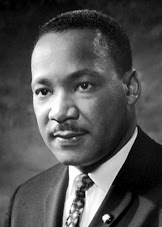 As we all know, this day will forever be known for a great man. No not Glen Beck, Sarah Palin, or Fox News. This day belongs to Martin Luther King Jr. To co-opt a day, in the way Glen Beck has, shows you how little creativity is actually left within our news organizations and how much the right wing is struggling to keep hold of what little sanity they must have. Glen Beck is nothing more than a magician of the worst sort. He's the kid at the party that wants you to discover what has happened to the object in his hand, only after he places them behind his back for a few seconds. The people that are sucked in by him, and those like him, truly have me fearing for the future of my children. To Glen Beck I say this on behalf of everyone that recognizes that he picked this day, of all days, to hold his rally: Screw You!
I will now leave it to a man whose words carries more credence than mine.

When I'm mad, I tend to say more swear words than the average person. It led to a friend of mine creating a word about it, and he and a couple of others occasionally call me it when I'm yelling about getting spawn-camped online. I'm not going to post the word, but I'll say that it's listed as number 2, part 2 here. Hearing someone call me that word actually calms me down a bit, because it shows me how ridiculous I'm being, and how good I actually have it in this world.

However, this post isn't about the Holocaust or Xbox Live. I'm talking about the specific words I use when I cuss. I'm not too inventive when I work blue. I go to the fall-backs that feel really good when you spit them out. "Fuck!" That's a given. "Motherfucker!" Yeah, pretty much. "Fuckin' motherfuckers!" Wow, how original. "Faggot!" Wait, what?

I almost never use the word 'faggot'. I have gay friends, and to them, I imagine that it's like using the 'Dr. Laura word' around a black friend. I've used the word 'fag' around them a couple of times, which is kinda like saying 'Nigga' instead of the full N-word? But when I do, it's always in a playful manner, and they know it's not coming from a hateful place. I would never use it in public. And yet, sometimes in the heat of the moment in a game on Xbox Live, the word might shoot out. It feels good to say, really loud and angry, doesn't it? However, when I started thinking about it, I was pretty ashamed of myself, as I should be. 'John Gabriel's Greater Internet Fuckwad Theory' is not a valid excuse. 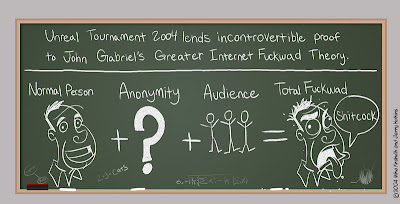 Every other swear word I use has no real connotation to anything in real life. Calling someone a 'fucker'? I'm not picturing them fucking someone. It's just a word that feels good to say when you're mad. And I know that the people on the other end aren't fucking my mother either. At least, I highly doubt they are. The same is true about 'fag' or 'faggot'. I don't know if anyone on the other end is straight or gay, and I don't care, because it makes no difference to me. So I've made a conscious decision to no longer use the word 'fag' or 'faggot' as a swear word, or in anger. From now on, I'm replacing it with the word 'furry':

Furries deserve every ounce of our wrath. They're a waste of skin, which is ironic because they wish they didn't have skin in the first place. They're not misunderstood; they're just looking for attention. And let's add a level of clarification, before some furry finds this blog and posts something in the comment section: It doesn't matter if they're straight or gay. I don't care if a furry has sex with a man or a woman (or an actual animal, if they live in Wyoming). That is irrelevant.

Furries have nothing of value to contribute to our society. In fact, other than consoling with other furries, they don't even have anything to contribute to the online community, which is REALLY pathetic. Every other online community has their own memes. Eventually some make it out into the real world, and a few even find life with the general public. However, furries have the word 'yiff', Wile E. Coyote costumes, and brightly-colored pictures of humanimals with erections. There is no need for furries in our society, and if you disagree, you're a fucking furry fucker.

Please join me in this noble task. We can make the world a better place, one word at a time.

P.S. Come to think of it, I'm not going to use the word 'cocksucker' any more either. To call someone that is to infer that sucking cock is a bad thing. Personally, I'm a big fan of getting my cock sucked, so why should that word be used negatively? I guess if you're saying it to a straight man to imply that he's gay, then I understand, but that's still pretty shitty. If I were in prison and only saw dudes for years on end, I'd probably be begging to meet a cocksucker of any kind. So, I think I'm gonna replace that word with 'Juggalo'. It doesn't roll off the tongue quite as well, but I think it's worth the effort.
Posted by Lord Bling at 6:11 PM No comments:

Over the past couple of years, I've played around with Photoshop, and have enjoyed the lulz it can bring. Here are a few of my favorites that haven't been posted on this site. Most of these aren't 'technical' but as long as they get a laugh or two, that's all that matters. 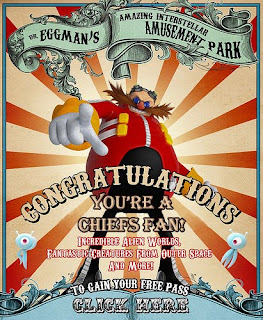 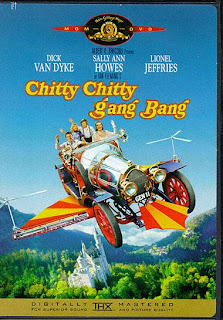 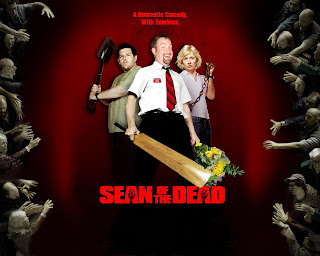 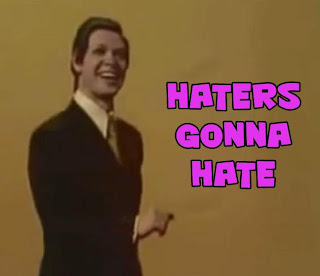 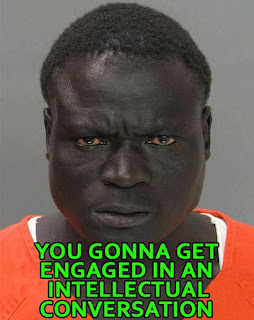 I made this one into a t-shirt for our friend Brandon: 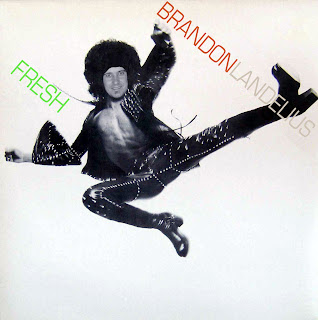 Monica Crowley is the cancer that is killing The McLaughlin Group

Monica Crowley MUST be stopped.

Really? The Republicans will win by default? With no strategy and no leader? I think they have the opportunity to gain some seats in the House, but let's not get cocky. She also makes no bones about saying 'We' when talking about the Republicans. She doesn't do this anywhere else, which shows how much she's in her comfort zone when she's on Fox News. And when will Fox News pull a 'WWE' and come out and admit that it's staged? It would be a lot more entertaining, and they could stop pretending they're a 'respected' news outlet. In fact, I could see Stone Cold Steve Austin as a regular on Hannity's 'Great American Panel': 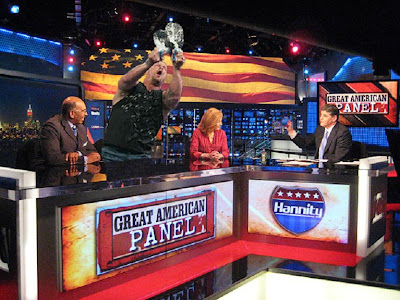 Here is Crowley in 2008, arguing that Clinton should give his annual pension back, because he's already rich and is just cashing in on his presidency.

Rich people giving money back to the people? What a novel concept. And she argues that Nixon was better than Clinton, because he didn't want to be a burden on taxpayers? Anyone who trashes Bill Clinton by comparing him to Nixon should not be allowed back on television, EVER. By the way, she worked for Nixon in his later years. Big surprise. And she wrote two books about him. So, she made money off of his presidency. What a hypocrite.

The only reason Crowley is a regular on the McLaughlin Group is because she's slightly better looking than Tony Blankley. Otherwise, they may as well be the same person. They both have the same tired extreme right-wing takes, and they both have a history with the Washington Times, which up until last year, was run by the Moonies. She needs to get the boot from the McLaughlin Group. Eleanor Clift can be pretty bad about towing her party line, but at least she occasionally agrees with a fair point that someone on the right makes. This is also why I've come around a little bit on Pat Buchanan. He's become more of a right-leaning centrist as he's gotten older (just as McLaughlin has been a life-long Republican, but eventually morphed into more of a centrist). I don't care if people are liberal or conservative; I just appreciate when someone has the ability to look at a different point of view and occasionally see what they mean. Crowley is a lockstep conservative who never has anything of value to add to the show. The only time I can recall her agreeing with a Democrat was when Obama changed his view on off-shore drilling (right before the BP disaster). That was hardly stepping out of her comfort zone, and it was more of a backhanded compliment than anything else. She may as well be reading cue cards written by Michael Steele.

The McLaughlin Group is still my favorite show on television, but she is ruining it.
Posted by Lord Bling at 8:52 AM 2 comments: