Some here are Denver Bronco fans. Others are Kansas City Chief fans. We argue constantly, although neither of our teams has won much in the last decade. However, there's one thing we all agree upon: The Oakland Raiders suck incredibly.

Yeah, they swept both of our teams this year, but even a broken clock is right twice a day. And what good did it do them? They finished 2010 with their best record since the Rich Gannon era: 8-8! Their 'Commitment to Excellence' only guaranteed they get a weaker draft pick than they're used to. Not like they ever did much with their draft picks anyway. So let's point and laugh at them:

Their fans dress up for every home game like it's Halloween. They think they're intimidating, but they really just look like unemployable dipshits. 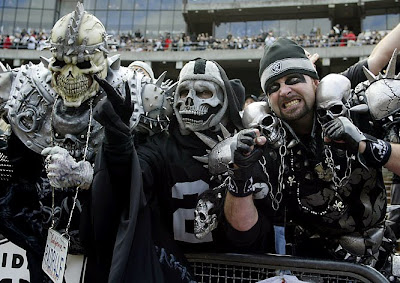 Their owner is a walking corpse. That's not a joke either. Look at a recent picture (not Photoshopped ... source is here): 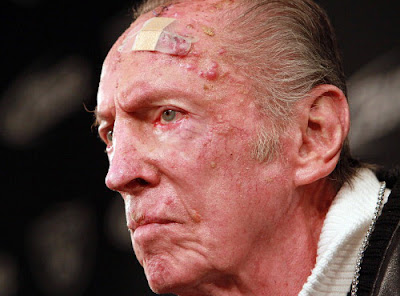 They call a part of their stadium 'The Black Hole', thinking it's a nod to outer space, but it's just another sucking reference. That, or it's a reference to what their average fan has seen while in jail. 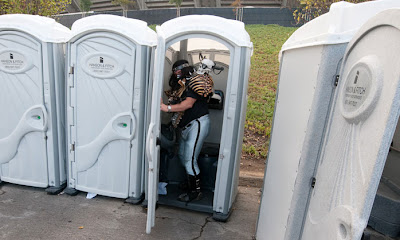 And yet, it gets even better. Today, they've given us more ammunition: They just announced an official new name for their stadium: Overstock.com Coliseum. Because they're overstocked on tickets. And overstocked on closeout-quality athletes.

Overstock.com is soon re-branding themselves to 'O.co'. I can't wait for both the Broncos and Chiefs to go into their stadium this fall and show them their O-faces.

Posted by Lord Bling at 7:39 AM No comments:

The Last Supper of Scientists

Ladies and gentlemen, I present to you, your new wallpaper: 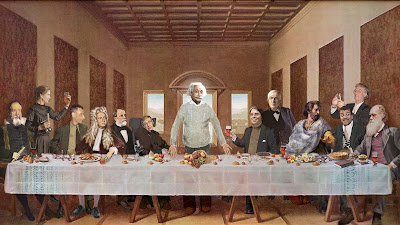