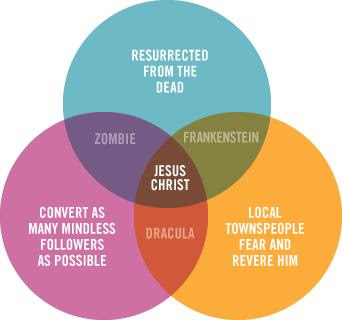 Posted by Lord Bling at 1:45 PM No comments:

42,000 gallons of oil spilling into the ocean every day, right off the coast of Lousiana, and the Coast Guard doesn't consider it a 'very serious spill'? Give me a break. It's going to take more than a month to seal the well. FORTY TWO THOUSAND GALLONS A DAY. FOR A MONTH. 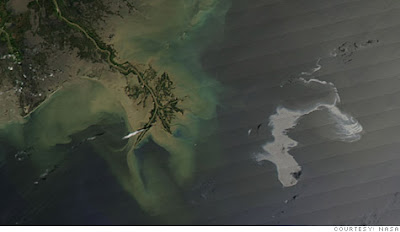 President Obama mentioned opening up more U.S. areas for off-shore drilling during his campaign, but I thought it was more of a ploy to pick up any right-leaning undecideds. Now it looks like a play for votes in this fall's elections, especially since his approval rating has dropped dramatically after the fight for his health care bill.

After these recent events, I hope this rating drops dramatically too. However, the media is doing plenty to hide the story.

Let's play a game! It's called 'Find the Oil Spill Coverage in the 'Liberal' Media!' 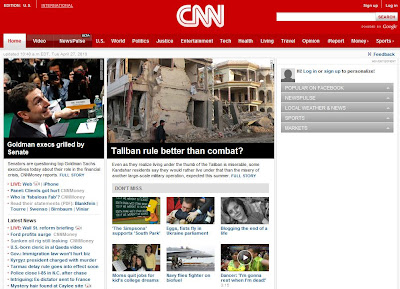 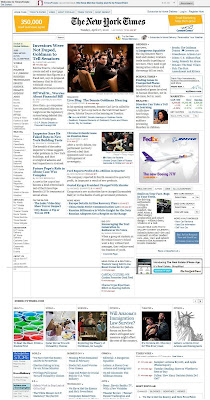 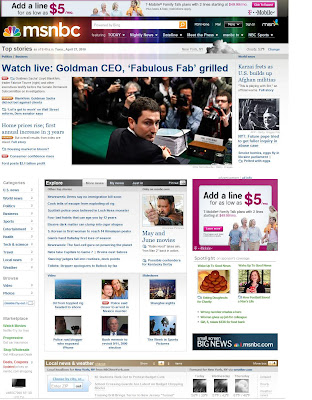 I get that the Goldman Sachs executive hearing in the Senate is important, but this oil spill is just a few days away from hitting our shore. Then let's see if the media stops playing 'Where's Waldo' with it.
Posted by Lord Bling at 9:22 AM 1 comment:

The Worst Song Ever Written

I dare you to make it all the way through this.

Wow. That hurt, didn't it? It's like hearing a church sermon from someone with cerebral palsy.

Can you find a song worse than this? If so, paste the link in the comments section. But know that it'll have to top lyrics like these:

"Fucking rainbows after it rains
there's enough miracles here to blow your brains
I fed a fish to a pelican at Frisco bay
It tried to eat my cell phone, he ran away"

"Water, fire, air and dirt
Fucking magnets, how do they work?
And I don't wanna talk to a scientist
Y'all motherfuckers lying, and getting me pissed"

"Magic everywhere in this bitch" 1. TheMiles has recently launched a video game blog, called 'TL;DR'. That stands for 'too long, didn't read', which is a joke about people who are too lazy to read a long post. It's a good site, and he references our blog there too, so go support the scene!

2. Even though it's not out until May 4th, the Deftones have released a second single off of their new album. It's the title track, called 'Diamond Eyes'. It's a great song, and even better than the first single (posted earlier here).

I've given up on Call of Duty. I haven't played competitive multiplayer in almost two months. But why the drastic change? I've been very vocal in the past of my support of the series (and of the developer, Infinity Ward). I put about 15 days into the multiplayer in Modern Warfare 1. I even picked Modern Warfare 2 as the top game of 2009. But sadly, the honeymoon is over. Here's why:

1. The multiplayer in MW2 is broken. The more people play a game online, the more issues and glitches that will come up. Modern Warfare 2 is one of the best selling video games of all time, and consistently at the top of the 'most played' list on Xbox Live every week. Combine this with the lack of a public beta, and you're in for a glitch-laden experience. Infinity Ward did a public beta for Modern Warfare 1, and it not only helped them work out a lot of glitches and exploits, but it was also a good PR move. It got the word out on the changes to the game, and people loved it. But for MW2, they said they didn't need to do a public beta. From a PR perspective, they were right. However, from a testing perspective, they couldn't have been more wrong. At or around launch, there were problems with the Model 1887 shotgun, javelin suicide bombers, 10th Prestige hacks, care package speed runs, infinite emergency airdrops, etc. While these have all been patched, there is still a myriad of issues. I could make a lengthy post for these glitches, but let's just say there are still a LOT.

2. Their downloadable content is uninspired and overpriced. In Modern Warfare 1, they released a downloadable map pack for ten dollars. It had four new maps. Now, they've released five maps for fifteen bucks, and two of these are copy/paste jobs from Modern Warfare 1 (Crash, Overgrown). The worst part? Activision marketed this as 'A Cure for Mapathy'. It's as if they said, 'Are you tired of playing the same old maps in MW2? Then you should pay more to download two maps that you just spent the last two years playing!' It's a slap in the face to fans of the series.

3. I've been playing Battlefield: Bad Company 2 instead. I NEVER thought this game would be as good as it is. I liked the earlier Battlefield games, but I wasn't expecting this. The graphics aren't as sharp or 'crisp' as Modern Warfare 2, but the maps are enormous, and I'll gladly take that trade-off. To show just how large they are, take a look at this:

There are also a lot of features that make the gameplay deeper. There are tons of vehicles, including a pilotable UAV. If you play as a medic, you can actually defibrilate recently-killed teammates and bring them back to life. You can 'spot' enemies for your teammates to track them for a few seconds. The developers allow online stat tracking, and it's insanely deep. And the best thing of all? There are no game-changing glitches. The M60 is overpowered, but it's not a deal-breaker by any stretch. If you get in a good group of people, you can play for hours and not notice the time flying by.

Call of Duty used to be that way. I'm rooting for them to make a comeback with the next one, but with all of the changes going on right now at Infinity Ward, I'm not counting on it.

So, what have you been playing lately?
Posted by Lord Bling at 1:19 PM 4 comments: