Dallas, look the fuck out

The Angry Midget is going to be in Dallas this week for a conference. It'll be the first time he and I have been able to hang out since his wedding, so this city had better look the fuck out. 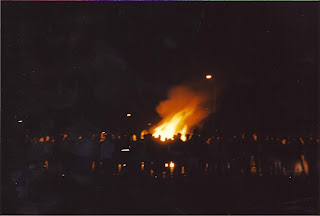 Much alcohol will be consumed.

Many liver cells will be deformed.

Many donkeys will be raped.
Posted by Lord Bling at 11:30 AM No comments:

If you can't tell by my posts these last couple of weeks, I'm not in much of a hurry to talk politics. I'm gonna continue that trend with the Video of the Week. Yahtzee is a British video game programmer who lives in Australia, and decided one day to make a funny review of a game (with Flash animation). It was a huge overnight hit, and so he made a couple of others to show that he wasn't a one-hit wonder. Then, online magazine The Escapist bought his show (titled Zero Punctuation, due to how fast he talks). Over the past year or so, it's aged like a fine wine, and here is another winner, just posted today, where he talks about Resident Evil 5 (bear with the ad that runs in the beginning; it's short):

Couldn't agree more. It's a pretty game that has a dated control and inventory scheme, and goddammit if your AI-controlled partner doesn't worthlessly burn through ammo (and try to heal you) at every turn.

Can't wait to see if he reviews MadWorld. It's like The Running Man meets Itchy and Scratchy.
Posted by Lord Bling at 12:26 PM No comments:

Video of the Week -- the heaviest thing you'll hear all day

Hey everyone. Here's my pick for Video of the Week. It's a music video from a band called Cattle Decapitation. So right there, you probably know what kind of music you're in for. This video is for a track called 'Regret and the Grave.' You can probably tell from the video that they're vegetarians. I'm not, but the irony in the video isn't lost on me.

I'm a big fan of death metal, and no, I can't tell what he's saying in this song, so here is a sample:

"Wolves use their cunning and stalk in the night
We hide like cowards, with machines to magnify our sight
They've only the skills ever evolving to kill
We hide behind the steel and are slaves to our will

You, the consumer now consumed..."

Posted by Lord Bling at 9:19 AM No comments:

The president who doesn't know how to read is writing a book. Look the fuck out.
Posted by Lord Bling at 8:36 AM No comments:

The Game of Life has a 'gay agenda'? 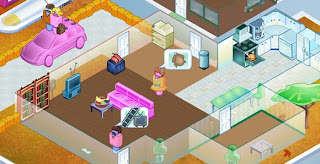 Ultra-neo-uber-conservative website WorldNetDaily has an article about how The Game of Life on the PC 'pushes same-sex marriage.' Then, in a brilliant journalistic moment, the very first sentence says, 'includes an option for players to choose homosexual marriage and child-rearing as a way of life.' So, 'pushing' and 'allowing choice' are now the same thing?

"Shortly thereafter, the game invites players to choose a spouse, regardless of the potential spouse's sex."

"WND followed the mother's example and played a game as "Jennifer," who chose to marry another woman."

CHOICE. They let people choose who they want to be in the game. Just like you could 'choose' to put two male (or two female) pegs in the front seat of the car in the board game.

And don't get me started on the advertisement worked into the story for a brainwashing book that the website sells. 'From Crayons to Condoms?' REALLY? Yeah, that's why Johnny can't read. In the immortal words of Jon Stewart: Fuck you.
Posted by Lord Bling at 9:36 AM 2 comments:

Video of the Week -- How is Jim Cramer not in jail right now?

I'll admit it. Sometimes, when I'm flipping through the channels at night, I occasionally stop on Jim Cramer's Mad Money. The guy's entertaining. It's annoying that he yells every word at the top of his lungs, but he's either really smart about the overall stock market, or has a great short-term memory. Plus, he hits a lot of funny sounding buttons!

Well, it seems that he and Jon Stewart are in a bit of a feud right now. Gotta say, even before watching this video, I was on Stewart's side:

The Daily Show With Jon StewartM - Th 11p / 10c
Basic Cable Personality Clash Skirmish '09
Daily Show Full Episodes
Important Things With Demetri Martin
Political Humor
Economic Crisis
And if you're not on Stewart's side yet, watch this interview with Cramer from 2006:

Yes, you really DID hear him say such things as:

"You can't foment. That's a violation... But you do it anyway because the SEC doesn't understand it."

"When you have six days and your company may be in doubt because you are down, I think it is really important to foment."

"What's important when you are in that hedge fund mode is to not be doing anything that is remotely truthful, because the truth is so against your view. It is important to create a new truth to develop a fiction."

How has this guy stayed out of prison, much less have a popular TV show?
Posted by Lord Bling at 10:36 AM 2 comments:

NEWS FLASH: McCain's daughter is not a righty (also not unattractive) 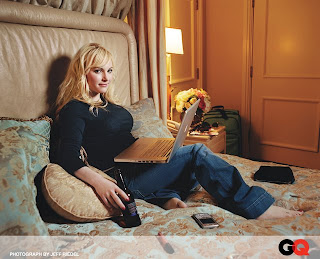 Meghan McCain is for gay marriage, voted for John Kerry in 2004, and just today, she publicly trashes Ann Coulter? No wonder her dad kept her out of the spotlight last year. She may still be a righty, but she's an independent thinker, and that's something I'll always give kudos for.
Posted by Lord Bling at 3:13 PM 4 comments:

Nels asked me to send him some of the pics from the second Bronco Super Bowl party, so I broke out the scanner. I also scanned a bunch of other masterpieces, and they're on Facebook, so if you're a friend of mine there, enjoy. I didn't include a few of the more 'drunk' pictures, since I know FB has plenty of employers on it, as well as others who may not be willing to accept the fact that we all like to throw down from time to time.

Like a good dealer, I'm gonna give you a free taste here: 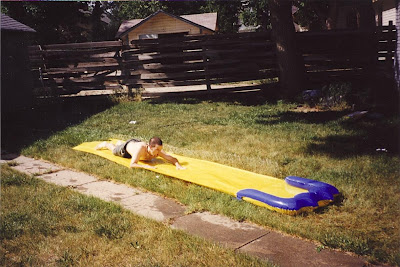 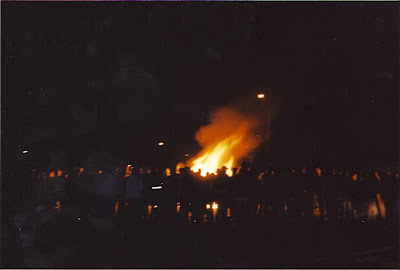 Posted by Lord Bling at 4:03 PM No comments:

Postcards from the Edge 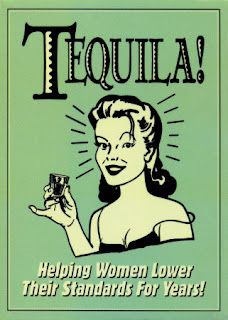 Just some random thoughts for the blog since we've kind of fallen off the wagon in regards to current events due to money, drugs, and women. Unfortunately, the money we don't have anymore, the drugs are the lamest of prescription, and the women are now required by law to see us naked. Be that as it may in no certain order:

-Jay Cutler on the trading block in Denver. What a load of horseshit! Sorry he may be the goofiest looking QB in the NFL, but he's more fun to watch than Jake Plummer and is more qualified to run a McDonalds than Matt Cassell will ever be, let alone the quarterback position. I'd rather watch a gunslinger go down swinging than simply running the clock out to get to the next game. So it's in the best interest of McDaniels to remember he's in Mile High and not New England.

-A little over one month since the Obama administration took over and the "Right" wing of the republican party has called it, or is calling for, a failure already. How is this possible? I will give them credit, they have the market cornered when it comes to obstructionism. Get in line or get the fuck out of the way. Just quit voting all together and let the Democrats do what they think is best. If it fails, we'll own it, but when it works, we'll own that too. I will also take to gloating and slapping the babies of Republican mothers in public. I may even break bones and laugh, we'll see.

-Rush Limbaugh is the new leader of the Republican party. While I initially laughed my ass off at the shear thought of this, I find after the Douche-PAC convention this weekend that he certainly must be, but here's the thing about Rush. He's big in his own mind and I believe that the Republicans have allowed a monster to operate unfettered for far too long, and if they lose this next election cycle, I hope his own party has the sense to bury him for good. All human kind may depend on it.

-Bobby Jindal...never has mediocrity been so painful to watch. Like the Daily Show put it, you are the Mr. Rogers of the Republican party, without the range of character. If you are in fact meant to resurrect your party, we'll see you guys in 2024. That should be enough time to get your shit together.

Do not take my post the wrong way, I have no doubt that the Republicans can, and will, bring it in the next mid-term especially if they finally find someone to speak up that isn't a complete fucktard. I look forward to that day. By the way, Steele was in no way a pander towards black people. No one saw that one coming. Governor Gidget really brought the female vote to the Republicans this last cycle so I'm sure that black people are stupid enough to just vote for the party with the "brotha." Good luck shitheads.

Video of the Week is early this time

Thanks to The Miles for sending this. It was too good not to share here with you all. Can't describe it ... just watch:

Posted by Lord Bling at 1:06 PM No comments: