25 Things I Learned While Traveling In Italy

Last week, Lady Bling (not her real name) and I arrived at our 10th anniversary of non-wedded bliss. To celebrate, we decided to do something we'd never done before: Travel overseas. We chose Rome as a place that interested both of us, and with about six weeks of lead time, I set up a week-long trip through a travel agent. It was a great vacation, and I'm glad we went. However, there are some things I learned that would've been helpful to know before we left. I'd like to share them with you, in case you ever go to Rome, or Europe in general. Or perhaps you've already been, and can relate. Either way, I'll be keeping many of these things in mind the next time I travel abroad:


1. If you’re going to a foreign country, buy a Rick Steves guide book. Use his suggestions for sites to visit, restaurants, etc. However, don’t follow his hand-drawn maps. Any hotel will have a free street-accurate one you can fold up and stick in your pocket. And trust me, you WILL need it.

2. If you can afford to, fly Business Class or First Class. On a 9 or 10 hour flight, the additional pampering and leg room will be appreciated. If you can’t do it both ways, at least do it on the way over, so you have a better chance to sleep.

3. If your travel agent recommends you stay at the Hotel Anglo Americano while in Rome, get a different travel agent. We were booking on short notice, so we took what we could get. Having said that, calling it a 3-star hotel is being awfully generous. I’ve slept in gutters that were more comfortable.

4. Hearing German spoken on the Lufthansa flights and at the connecting Frankfurt airport brought me back to the years I studied it. I actually started speaking it here and there too, which freaked out my better half on more than one occasion. However, I kept the goose-stepping to a minimum.

5. If you’re going to spend time at an outdoor monument like the Colosseum or Palatine Hill, do it earlier in your trip. If it rains, they close many of them all day (and usually the day after). We had an exclusive Colosseum tour scheduled on our last day, and didn’t get to do it.

6. Unless you’re only in town for a day or so, don’t do the ‘hop-on, hop-off’ bus tours. I thought we’d use it early in the trip to help familiarize ourselves with the city, but since we were there for almost a week, it wasn’t really necessary.

7. Do the Vatican tour last. Any other basilica you see in Rome will be a lot more impressive if you see them before St. Peter’s.

8. When you see a thousand masterpieces in a day, they start to blend together. Having said that, Michelangelo’s Pieta in person was just as amazing as I’d hoped. And he was 24 when he sculpted it. If you’re looking for a humbling experience, I highly recommend it.

9. Italians seem to speak with their hands less than Italian-Americans.

10. OMG, street vendors. They were on every corner, with their splat balls and scarves. I cursed their existence, until it rained one morning and I saw one outside the hotel entrance selling umbrellas. He had a big smile on his face, as if to say, “I gotcha.” And he did.

11. When in Rome, you can only say ‘When in Rome’ once before it’s no longer funny.

12. I’ve never seen so many Smart Cars in my life. And Fiat 500s, and Mini Coopers, and mopeds. The parking spaces in Rome are unbelievably small, and the roads are narrow, so it makes sense. I did see a few 5-series BMWs and a couple of Audi A7s, but minus a couple of crossovers, I didn’t see a single SUV.

13. Speaking of transportation: What Americans would consider a ‘near accident’, Italians consider normal driving. Bumper-to-bumper, and FAST. Our hotel was supposedly one hour from the airport. Our cabbie on the way back covered the distance in 25 minutes.

14. Last point about transportation: Whether you’re in a car or on foot, traffic lights are only a suggestion. Think Manhattan and you’re good.

15. Pickpockets and gypsies are supposedly rampant in Rome. I saw neither. Pulling out my hidden security wallet to pay for dinner always made me feel like an asshole.

16. Pizza in Italy doesn’t come pre-sliced. They hand you a butter knife, and what happens next is up to you.

18. MTV in Italy actually shows music videos. However, Jersey Shore was on one morning, and I felt like apologizing to everyone I met later that day.

19. Be prepared to hear ambulance sirens constantly. At first I thought there were a lot of people getting hurt, but then I decided there was one ambulance that just drove around the city all day, happily making its presence known.

20. The amount of graffiti in Naples was not nearly as disappointing as the amount of stray dogs running around. I was there for only an hour or so, but desperately wanted to start a rescue program.

22. I went to Pompeii expecting to see something that looked like an ancient Fallout 3, with ash and corpses everywhere. Instead, all I got was a couple of plaster molds and a bunch of old walls! Video games > real life

23. The older the American tourist was, the more likely they were to be rude to locals. I guess people get set in their ways, and don’t like to accept that things are different outside of this country.

24. McDonald's are WAY nicer in Italy than here. I was also impressed by the ability to substitute beer in your combo meal! As for the quality of their food, I’m happy to report: Crappy like everywhere else.

25. I probably shouldn’t have told the locals I’m from Texas. After hearing that, they gave me blank looks, and then started speaking a ... lot ... more ... slowly.


I took a few pictures. Okay, I took about 1,200 pictures (32GB memory card FTW). If you know me in real life, you may have already seen some of them on Facebook. If not, here are a few of my favorites: 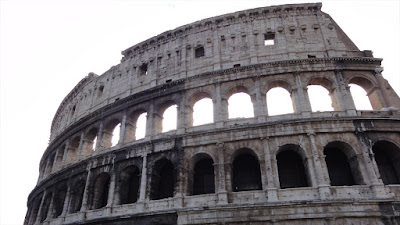 Dome of the Pantheon, from the inside: 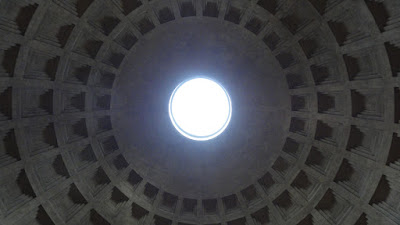 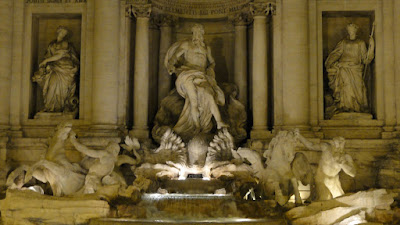 Pompeii ruins, with Mt. Vesuvius lurking in the background: 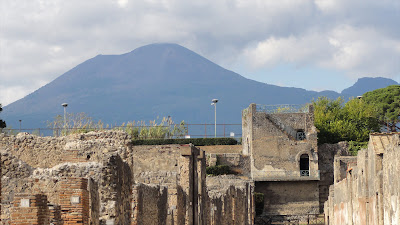 Underneath the dome at St. Peter's Basilica: 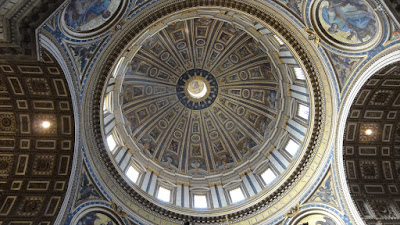 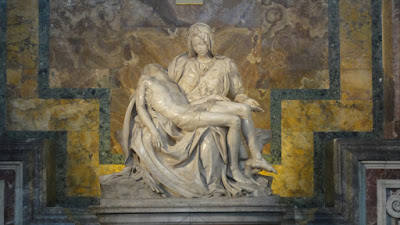 Seriously, he was 24 when he did that. When I was 24, I was running around Greeley masterfully hitting golf balls at houses and artistically pickling my internal organs.
Posted by Lord Bling at 3:29 PM 4 comments:

Here's one with nothing but sniper highlights.

And here's my masterpiece. My Mona Lisa, if you will.

Honestly? I got nothin' else to contribute. At the end of October, I'll have traveled to Rome on vacation, so I'll post some pics and video when I get back. Otherwise, yeah. Just traveling a lot for work and the occasional video game. Sorry my life isn't very entertaining right now.
Posted by Lord Bling at 7:44 AM No comments: